Andy Warhol at the Whitney 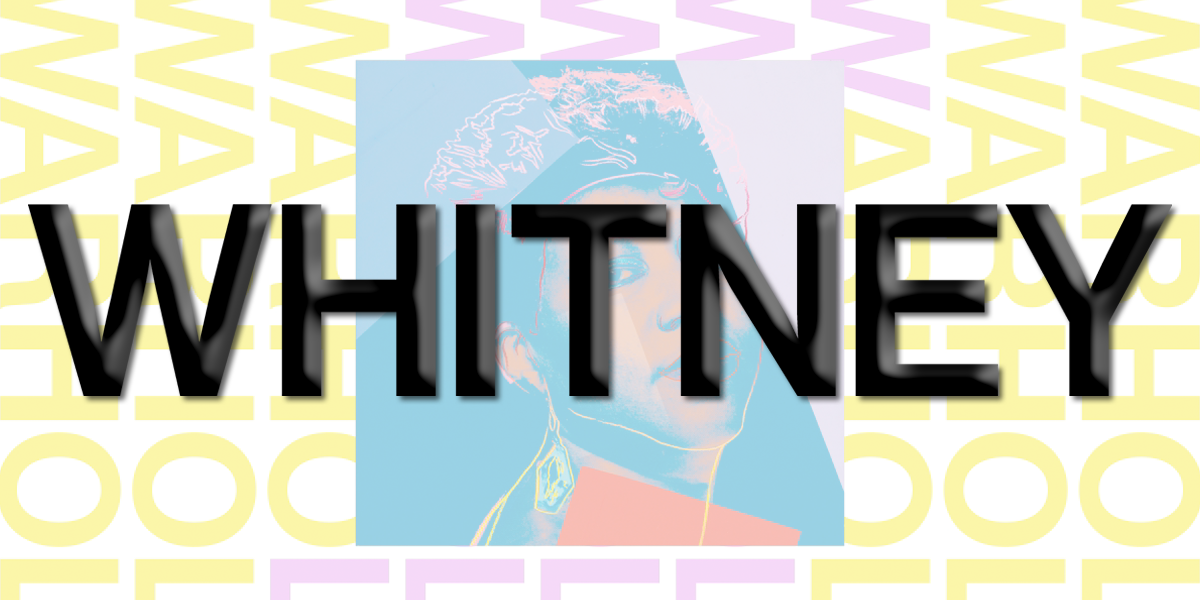 It was wonderful to experience the Andy Warhol retrospective at the Whitney Museum of American Art in New York City. Here are a few highlights. (Click on an image to view it enlarged.) 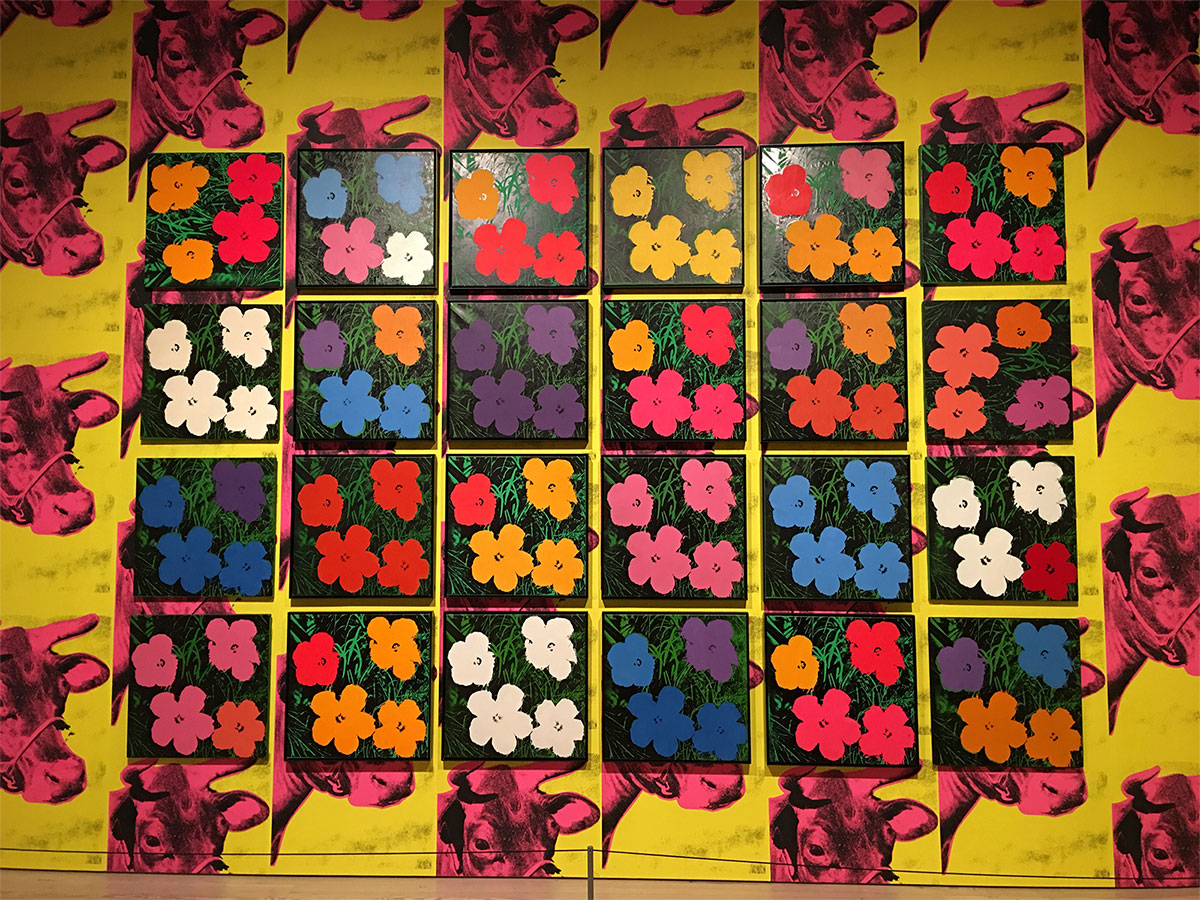 Warhol began his series of Flower paintings in 1964, taking a highly systematized approach to the creation and display of these works. He used an image of four hibiscus flowers from a magazine, and with the help of assistants silkscreened it across more than 500 individual canvases, methodically producing paintings in different sizes and seemingly endless color combinations. In doing so, Warhol mirrored both the options that exist in consumer culture—small, medium, large, extra-large—and the idea of theme and variation throughout the history of art. When these works were exhibited in New York and Paris in 1964 and 1965, Warhol exploited their serial arrangement and variation by installing them in floor-to-ceiling grids that responded to the architecture of each gallery and resulted in an immersive environment.